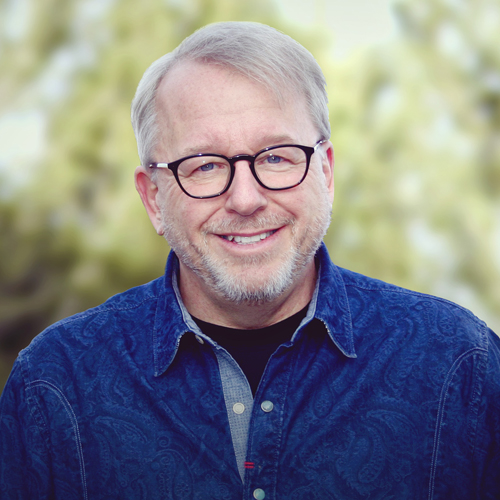 Mark Mittelberg is a bestselling author, sought-after speaker, leading outreach strategist, and he is the Executive Director of the Center for Strategic Evangelism, in partnership with Houston Baptist University. (www.hbu.edu/cse).

His newest book is the apologetics-oriented devotional, Today’s Moment of Truth (with Lee Strobel). He also wrote Confident Faith—winner of Outreach Magazine’s 2014 apologetics book of the year. His previous book, The Reason Why Faith Makes Sense, is an update of a classic that has touched millions of lives—recreated by Mark to help a new generation understand Jesus’ death on the cross. He also wrote The Questions Christians Hope No One Will Ask (With Answers), which addresses the ten spiritual questions believers most want to avoid. Prior to that Mark collaborated with Lee Strobel to produce The Unexpected Adventure, a story-based book designed to encourage Christians to seize everyday opportunities to talk about Jesus.

Mark is also the primary author of the celebrated Becoming a Contagious Christian training course (with Lee Strobel and Bill Hybels). This course has been translated into more the twenty languages and used to help more than 1.5 million people around the world share Christ in natural ways.

Mark’s other books include Becoming a Contagious Church, which sets forth an innovative blueprint for church-based evangelism, and the classic bestseller, Becoming a Contagious Christian, which he co-authored with Bill Hybels. In addition, Mark was contributing editor for the reference Bible, The Journey: Revealing God and How You Fit into His Plan, a contributor to Reasons for Faith: Making a Case for the Christian Faith, edited by Norman Geisler and Chad Meister, and God Is Great, God Is Good, edited by William Lane Craig and Chad Meister—winner of the 2010 Christianity Today award for best book on apologetics. More recently he contributed to Sean McDowell’s book, A New Kind of Apologist. Mark’s published pieces have sold a combined total of about three million copies.

Mark was the original evangelism director at Willow Creek Community Church in Chicago. He led in that role for seven years, and then served as Executive Vice President of the Willow Creek Association for a decade. He was also an editorial consultant and periodic guest for Lee Strobel’s Faith Under Fire television show. He and Strobel have been ministry partners for more than twenty-five years.