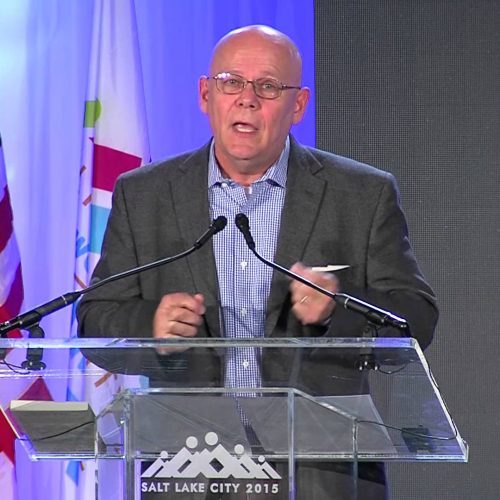 Warren is vice president of mission advancement for The Chuck Colson Center for Christian Worldview and the host of WORLD Radio’s Listening In.

Vice-President of Advancement, BreakPoint columnist. Warren is growing the Colson Center’s reach and impact by creating partnerships with key Christian leaders and strategic Christian organizations around the country.

Warren previously served as Vice President of WORLD News Group, publisher of WORLD Magazine and has more than 30 years of experience as a writer, editor, marketing professional, and entrepreneur. Before launching a career in Christian journalism 20 years ago, Smith spent more than seven years as the Marketing Director at PricewaterhouseCoopers.

As a journalist, Smith has written thousands of articles on a wide range of topics. He wrote nearly 1000 articles for WORLD Magazine during his tenure there, including cover stories and major features. He has also written for Alaska Magazine, The Charlotte Observer, The Savannah Morning News, Sports Afield, Patheos, and The Stream, among many other publications. Smith is also the author, co-author, or editor of more than 10 books. With Dr. Marvin Olasky, he co-wrote Prodigal Press:  Confronting The Anti-Christian Bias of the American News Media. His most recent book is a collaboration with Colson Center President John Stonestreet:  Restoring All Things:  God’s Audacious Plan To Change The World Through Everyday People.

Warren hosts the radio program and podcast “Listening In,” an interview program heard by thousands of people each week. He speaks often at churches, conferences, and other Christian and political events. These speeches have included presentations to the Gospel Music Association, the Conservative Political Action Committee, The Heritage Foundation, National Conference on Christian Apologetics, New Canaan Society, Summit Ministries, The World Congress of Families, and the Evangelical Press Association, in addition to hundreds of speeches at local and regional events. He has appeared on C-Span’s BookTV, Fox News, CBS News, The New York Times, The Washington Post, and NPR, among other national and international media outlets.